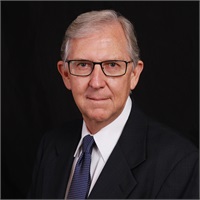 Donald grew up in Dalhart, Texas and graduated with a Bachelor of Business Administration from West Texas State University in Canyon, Texas. He began his professional career working for a large regional accounting firm before moving to Midland, Texas where he worked for Arthur Young & Company as a Senior Audit Manager. He then entered the oil and gas industry where he served as Controller of an independent oil and gas operating company. He then served in several positions with Parker & Parsley Petroleum, which became Pioneer Natural Resources after a series of mergers and acquisitions, where he served as Assistant Treasurer before starting his own financial services practice.

Donald and his wife, Robin, have lived in Midland since their marriage in 1981. Their son, Austin, has graduated from Texas A&M University with a Bachelor of Science in Animal Science and a Bachelor of Science in Nursing. He recently graduated from The University of Texas at Arlington with his Master of Science in Nursing and is now a licensed Family Nurse Practitioner. Austin and his family currently reside in Waco. Donald and Robin enjoy the adventures of travel and are active leaders of the Golden Heirs, a ministry for the senior members of their church. Donald has also recently served on the Board of the MARC Endowment Fund.